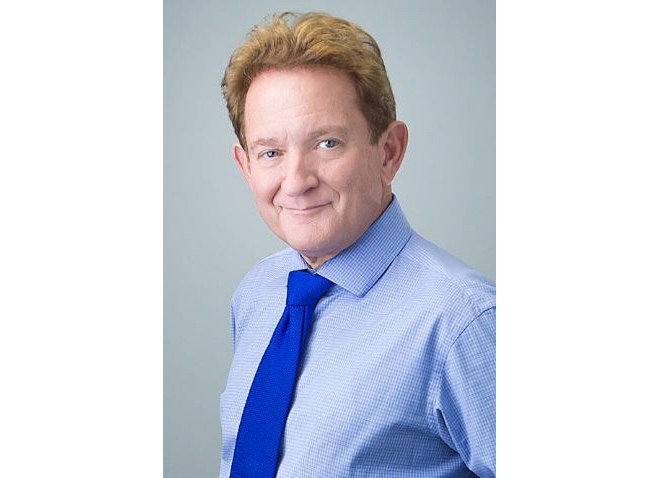 At what point do we end social distancing? How long will this go on?

I am guessing that with political decisions based on accurate epidemiological and medical information, we will be able to go to restaurants, gyms, and. barbershops on Monday, April 20.

( I write this only as a practicing physician, carefully considering the large volume of publicly available information and trying to connect the dots. This is a possible best-case scenario if after epidemiological studies provide more information and rationality prevails in the face of that data.)

For the present social distancing to end, we need one of the following four conditions:

It first should be pointed out that Hubei providence has 60 million people and recorded about 3000 deaths, so only a total of 1/20,000 people died.

The statistic may be very inaccurate, but even if 30,000 people died, that still implies that only one in 2000 people died. And that was in an unprepared part of the world, that suppressed initial information at a time when people were rapidly moving around due to Chinese New Year, in a population that smokes heavily, has poor quality air, and has a lower quality medical system.

If Chinese statistics are credible, the Wuhan situation seems to have resolved itself in three months and has run its course. Apple stores are reopening in China!

It should note that the outbreak on the cruise ship Diamond Princess, of approximately 700 positive crew and passengers, resulted in 45 needing ICU treatment, and 7 (thus far) or 1% have died.

In South Korea, Singapore, and Taiwan, where testing has been significant, the death rate of total cases is. Also about 1%. Here, the situation seems to be well under control despite the freedom of frequent gyms and restaurants. So, at what point do we have enough respirators to protect the population in the USA, considering 23,000 plus cases as of March 21, with the numbers skyrocketing daily?

As more and more people test for COVID19, it seems as if about 10% of people get very sick with this virus, requiring hospitalization. A substantial percentage of them are elderly or have underlying illnesses. This presently justifies the need for present social distancing, to prevent widespread transmission of the disease. In both China and South Korea, the epidemic seems to have run a three-month course.

This may indicate that the spread is more nodal, then logarithmic. That is to say, there are pockets of virus infection, rather than widespread contagion. Sixty thousand people were diagnosed with pneumonia in Hubei. Since we can assume from other studies that approximately 10% of people diagnosed with coronavirus become significantly ill, this implies 600,000 people were decisive in Hubei — about 1% of the total population.

The large numbers of increasing cases we see in the USA reflect the recent increased availability of testing, and that number will continue to skyrocket.

If we look at the total number of sick people in the United States versus the population, we see a minuscule percentage of the population requiring hospitalization and ventilation at the moment. And of course, the preventative focus should be on the elderly with underlying medical conditions and on younger patients who are compromised. (Of note, Dr. Fauci is 79.)

Superimposed on this, we are beginning to increase the number of hospital beds available via hotels, ships, and military involvement in structural development. Entrepreneurs are attempting to rev up the number of utilizable respirators.

In 90% of cases, this behaves as the flu, and 5–10% percent require hospitalization. A small percentage of those require respirators, or other forms of oxygenation, with only a 1% death rate, mostly in the elderly.

Most importantly, we are beginning to see signs that there are effective treatments available to prevent—the condition from becoming respirator dependent.

If effective medications in hospitalized patients can prevent the progression of this virus from causing severe respiratory distress, as seems to be the case with Plaquenil ( Hydroxychloroquine) plus a Zpack, or with countless other antivirals under trial, then the number of needed ventilators would be considerably less. There are over 100 studies online using different medications, with several showing great promise.

So the combination of realizing that the number of very sick cases in the United States is probably considerably less than what was initially feared. (more data needed to confirm this will be available in the next two weeks) Considering that many of those cases can be treated with medications that are presently available to prevent the need for respirators (more data in 2 weeks). The entrepreneurial community is frenetically attempting to ratchet up respiratory therapy equipment to keep up with the increasing number of available medical care beds. It may well be that we (in a couple of weeks) will realize we need far fewer additional ventilators than was initially projected.

The second situation that would enable us to escape major social distancing might be the most relevant. New and sophisticated studies will be available. Decisions will be based on data, not speculation.s further reliable domestic and international epidemiological information becomes available, with increased testing, increased number of positives, increased negatives, increased mildly sick and their subsequent course, the plight of the seriously ill, and with prolonged follow up information,

Preliminary studies strongly suggest that most transmission is by persistent contact with someone who is sick, not by random transmission from community exposure. As experienced epidemiologists thoughtfully evaluate more information, there will be more rational decision making.

Airplane pilots and flight attendants seem to have a slightly lower rate of viral disease than the general population. They presumably have been in contact with viral aerosol particles throughout this entire coronavirus period. More studies of this type will lead to more rational decision making.

Besides, studies suggest that when a family member is infected, it is much more likely to spread to other family members. Random community contact seems to play a smaller, albeit still important role.

People who attended conferences where some individuals were infected did not report a significantly increased incidence of viral transmission. The consequences of these exposures will need evaluation.

Those in close, prolonged home contact, encountering large sneeze droplets and infected surfaces in the home, are much more likely to contract the disease. Random contact with a known exposure results in only a 1–5% transmission rate depending upon nature and duration of contact and whether the infected transmitter is a ‘super spreader.’

If random community spread is a small part of the transmission, social isolation actually would increase close contact with infectious family members and increase the number of infections. It might be better to get negatively tested children out of the home and back to school.

New studies strongly suggest that the number of cases of a virus transmitted by prolonged close contact far outweighs the number of random cases picked up in the community. From a WHO report, when a cluster of several infected people occurred in China, it was most often (80%) caused by an infection within the family by droplet. Transmission in close contact with an infected person.

When testing becomes universally available (expected next week), we will learn more and be able to make much better decisions. Fact-based epidemiological decisions should prevail rather than government-based decisions rendered without adequate information, which by nature, leads to worst-case scenario decisions.

The third point, it is becoming increasingly apparent that by closing down businesses and employing social distancing, we impart significant economic strain on virtually everyone, workers, and business owners alike. There is an enormous financial cost to society from mandated business closures resulting in complete loss of individual income, and unemployment level equal to that of the great depression, to bankruptcy and permanent closure, and depletion of invested savings in a declining stock market. The more prolonged business halts, the more likely it will lead to a longterm negative outlook in a very fragile economy.

There are also undeniable medical and social costs of social distancing. Severe social and economic stress and inability to live life normally would expect to increase the number of drug-related deaths, heart attacks, suicides, and other stress-related medical conditions. Also, this further complicates the health of the 100 million adults with chronic underlying medical issues.

Many will soon become unable to pay for medical care and prescription drugs, leading to blood pressure out of control, diabetes out of control, and deterioration in scores of other conditions.

Let’s not forget there is the fear of civil unrest leading to a rapid rise in gun sales to new gun owners.

Lastly, the fourth issue concerns identifying people who have had the virus and who are already immune and can re-enter the world without concern.

We have not yet begun to test for antibodies; thus, we believe, viral immunity.

If let’s say, when 20% of the population has already found to have the condition, that would allow that 20 % to restart our global economy without fear of infection or transmission.

Our present test uses a nasal swab and only looks for a live virus. An individual may need testing every few days if there is substantial concern that one is exposed, let’s say, in a family situation.

We have not heard much at all about laboratory testing for antibodies. Still, I hope that it is a national priority, and I am aware the CDC has already developed at least two lab tests that we, in the medical world, have yet to hear.

Therefore, looking at these four different considerations after additional much needed accumulated epidemiological studies. I propose that with rapidly evolving therapeutic options preventing the need for ventilators by treating the disease earlier, by quickly increasing the availability of hospital beds. Increasing viral swab and antibody testing to enable sophisticated statistical analysis, which could unequivocally confirm that community spread is much less likely than in-home spread. The evidence shows there seems to be a three-month nodal type of spread, rather than a logarithmic infinite spread. We need to determine who is immune so workers can return to the workforce. The realization that at a certain point, maybe very soon, the economic, social, and medical costs of radical social distancing of ALL demographic groups may lead to higher costs than the medicinal benefits of these actions.

I personally believe that when accurate statistics come in, and analytical epidemiological studies prevail, we will be going to restaurants, gyms, and barbershops on Monday, April 20.

I am a practicing Internist and Gastroenterologist with 35 years of clinical practice in Manhattan who has hosted a monthly ongoing private political discussion series since July 1979.