The use of insurance logos does not indicate affiliation with, endorsement by or sponsorship of LabFinder and said logos are only being displayed to indicate that the labs are participating with those insurances. 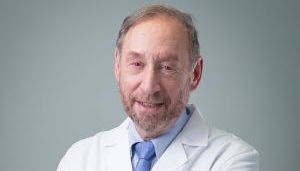 What is a Havening Technique®?

The Havening Techniques® is a method, which is designed to change the brain to de-traumatize the memory and remove its negative effects from both our psyche and body. Havening is a revolutionary paradigm shifting approach. Above all it is non-invasive and safe. Its uniqueness lies in its ability to permanently alter the neural pathways from which distress arises. Unlike traditional approaches, using talk and medications, Havening uses simple touch to generate change. A typical session involves the activation of the emotions associated with the loss. Applying Havening Touch then generates a special type of brain signal called a delta wave. It is this wave that disrupts the pathways that ties the memory with the emotion. In addition to touch Havening uses distraction to prevent the memory from being reconnected to emotion. Counting, humming and visualized tasks are distractions commonly used. Havening goes directly to the subconscious where the negative emotions such as anger, jealousy abandonment etc., are stored and de-links the thought from feeling. In essence we detach the emotion from the recalled memory. The memory then becomes unable to cause stress.

For those interested in more details please visit www. Havening.org.

Book a Havening
*This is for educational purposes only. LabFinder does not provide medical advice, diagnosis or treatment. All users should consult with a medical provider in person for any health concerns.
Locations
Privacy Policy Terms of Use Espanol
Sign up

Keep in Touch
© 2020 LabFinder, LLC. All Rights Reserved
The information is not intended to replace the advice of your own physician or other medical professional. You should consult a medical professional in matters relating to health, and individuals are solely responsible for their own health care decisions regarding the use of this information.
© 2020 LabFinder, LLC. All Rights Reserved
Privacy Policy Terms of Use
Book using app